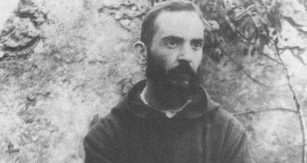 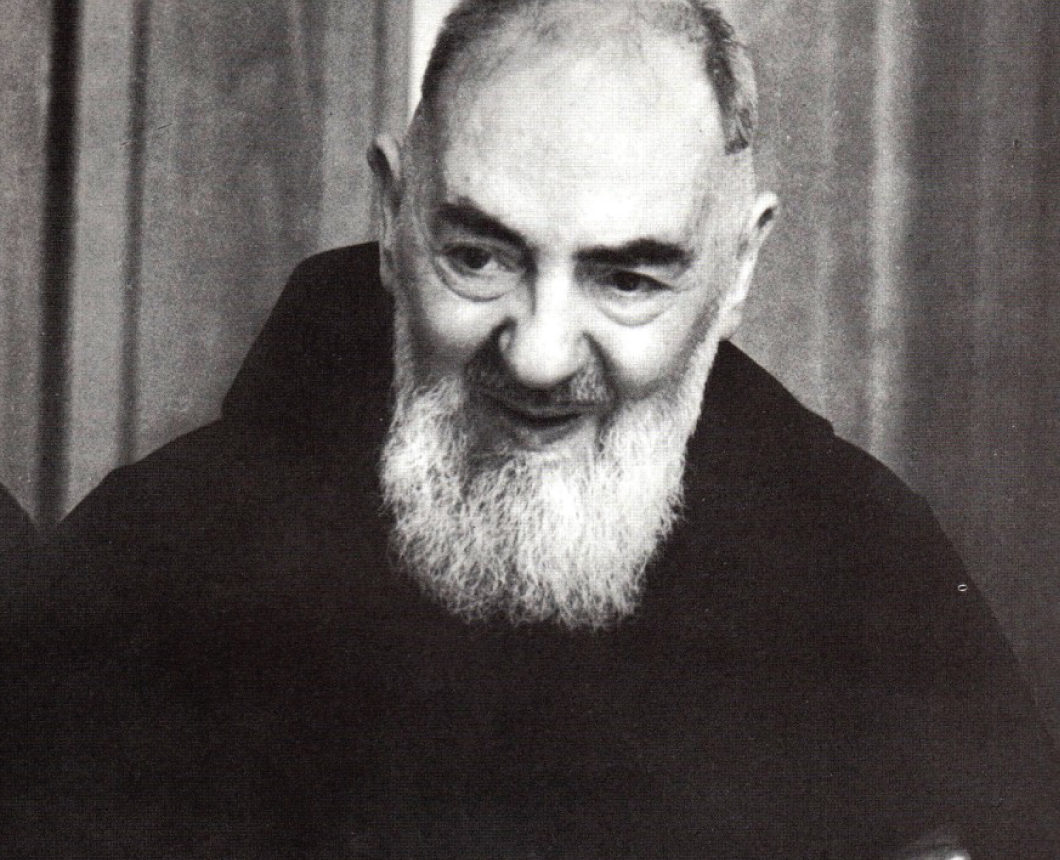 This worthy follower of Saint Francis of Assisi was born on 25 May 1887 at Pietrelcina in the Archdiocese of Benevento, the son of Grazio Forgione and Maria Giuseppa De Nunzio. He was baptized the next day and given the name Francesco. At the age of twelve he received the Sacrament of Confirmation and made his First Holy Communion. On 6 January 1903, at the age of sixteen, he entered the novitiate of the Capuchin Friars at Morcone, where on 22 January he took the Franciscan habit and the name Brother Pio. At the end of his novitiate year he took simple vows, and on 27 January 1907 made his solemn profession. After he was ordained priest on 10 August 1910 at Benevento, he stayed at home with his family until 1916 for health reasons. In September of that year he was sent to the friary of San Giovanni Rotondo and remained there until his death.

From his youth, his health was not very robust, and especially in the last years of his life it declined rapidly. Sister Death took him well-prepared and serene on 23 September 1968 at the age of eighty-one. An extraordinary gathering of people attended his funeral. On 20 February 1971, barely three years after the death of Padre Pio, Pope Paul VI, speaking to the Superiors of the Capuchin Order, said of him: “Look what fame he had, what a worldwide following gathered around him! But why? Perhaps because he was a philosopher? Because he was wise? Because he had resources at his disposal? Because he said Mass humbly, heard confessions from dawn to dusk and was – it is not easy to say it – one who bore the wounds of our Lord. He was a man of prayer and suffering”.

Even during his lifetime, he enjoyed a vast reputation for sanctity, because of his virtues, his spirit of prayer, sacrifice and total dedication to the good of souls. In the years following his death, his reputation for sanctity and miracles grew steadily, and became established in the Church, all over the world and among all kinds of people.

Padre Pio is the patron saint of his city of Pietrelcina, his state of Italy; civil defense volunteers; adolescents; stress relief; January blues.

On 2 May 1999, in the course of a solemn concelebrated Mass in St Peter’s Square, Pope John Paul II by his apostolic authority beatified the Venerable Servant of God Padre Pio of Pietrelcina, naming 23 September as the date of his liturgical feast.

The tomb of st Padre Pio lies in the Sanctuary of Saint Pio of Pietrelcina is located in San Giovanni Rotondo, Province of Foggia, Italy.

On 2 May 1999, in the course of a solemn concelebrated Mass in St Peter’s Square, Pope John Paul II by his apostolic authority beatified the Venerable Servant of God Padre Pio of Pietrelcina.

For the canonization of Blessed Padre Pio of Pietrelcina the Postulation presented to the competent Dicastery the cure of the young Matteo Pio Colella of San Giovanni Rotondo. The regular canonical process on the case was held at the Ecclesiastical Tribunal of the Diocese of Manfredonia-Vieste from 11 June to 17 October 2000. On 23 October the documents were forwarded to the Congregation for the Causes of Saints. On 21 November 2001 the medical testimony was examined by the same Congregation. The Theological Consultors held a special Congress on 11 December and on 18 December the ordinary Session of Cardinals and Bishops took place. On 20 December, in the presence of John Paul II, the Decree on the miracle was promulgated. Finally, on 28 February 2002 the Decree of Canonization was promulgated.

Eight mosaics are mounted on the altars along the two aisles; they were manufactured by the Vatican School of Mosaic and were based on drawings by Prof. Antonio Achilli and Father Ugolino of Belluno (only for the mosaic of Our Lady of the Rosary).

Dear God, You generously blessed Your servant,
St. Pio of Pietrelcina,
with the gifts of the Spirit.
You marked his body with the five wounds
of Christ Crucified, as a powerful witness
to the saving Passion and Death of Your Son.
Endowed with the gift of discernment,
St. Pio labored endlessly in the confessional
for the salvation of souls.
With reverence and intense devotion
in the celebration of Mass,
he invited countless men and women
to a greater union with Jesus Christ
in the Sacrament of the Holy Eucharist.

Through the intercession of St. Pio of Pietrelcina,
I confidently beseech You to grant me
the grace of (here state your petition).

Glory be to the Father… (three times). Amen.

Pray for 9 straight days to this Padre Pio Novena

I. O my Jesus, you have said: “Truly I say to you, ask and you will receive, seek and you will find, knock and it will be opened to you.” Behold I knock, I seek and ask for the grace of …… (here name your request)
Our Father …. Hail Mary …. Glory Be to the Father …. Sacred Heart of Jesus, I place all my trust in you.

II. O my Jesus, you have said: “Truly I say to you, if you ask anything of the Father in my name, he will give it to you.” Behold, in your name, I ask the Father for the grace of ……. (here name your request) Our Father …. Hail Mary ….Glory Be to the Father …. Sacred Heart of Jesus, I place all my trust in you.

III. O my Jesus, you have said: “Truly I say to you, heaven and earth will pass away but my words will not pass away.” Encouraged by your infallible words I now ask for the grace of ….. (here name your request) Our Father …. Hail Mary …. Glory Be to the Father … Sacred Heart of Jesus, I place all my trust in you.

O Sacred Heart of Jesus, for whom it is impossible not to have compassion on the afflicted, have pity on us miserable sinners and grant us the grace which we ask of you, through the Sorrowful and Immaculate Heart of Mary, your tender Mother and ours.
Say the Hail, Holy Queen and add: St. Joseph, foster father of Jesus, pray for us.