Home » Articles » Stations of the Resurrection with Pictures – Via Lucis 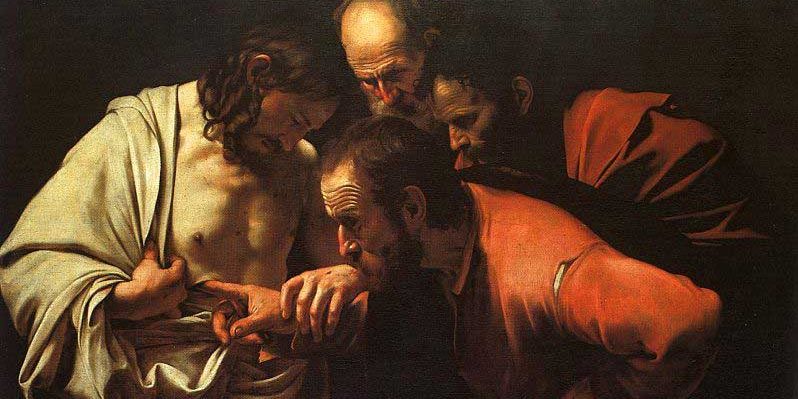 In December 2001, the Holy See promulgated a Directory on Popular Piety and the Liturgy, which commended the Via Lucis as follows:

A pious exercise called the Via Lucis has developed and spread to many regions in recent years. Following the model of the Via Crucis, the faithful process while meditating on the various appearances of Jesus – from his Resurrection to his Ascension – in which he showed his glory to the disciples who awaited the coming of the Holy Spirit (cf. John 14, 26; 16, 13-15; Lk 24, 49), strengthened their faith, brought to completion his teaching on the Kingdom and more closely defined the sacramental and hierarchical structure of the Church.

Through the Via Lucis, the faithful recall the central event of the faith – the resurrection of Christ – and their discipleship in virtue of Baptism, the paschal sacrament by which they have passed from the darkness of sin to the bright radiance of the light of grace (cf. Col 1, 13; Eph 5, 8).

Stations of the Resurrection – Via lucis

First station – Jesus is raised from the dead

“ That you may be children of your Father in heaven. He causes his sun to rise on the evil and the good, and sends rain on the righteous and the unrighteous” (Mt 5:45) 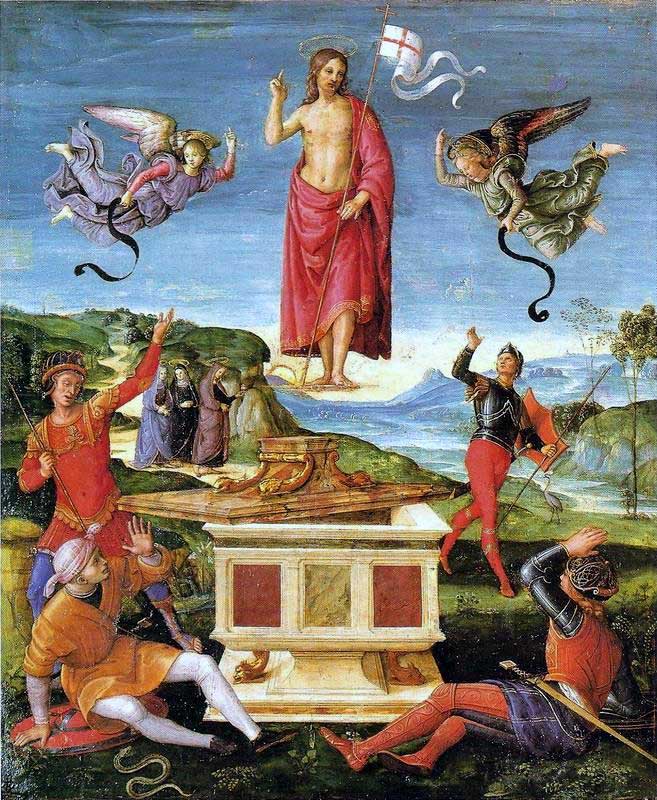 The Resurrection of Christ (1499–1502), by the Italian High Renaissance master Raphael

Second station – The finding of the empty tomb

“In their fright the women bowed down with their faces to the ground, but the men said to them, “Why do you look for the living among the dead?” (Lk 24:5) 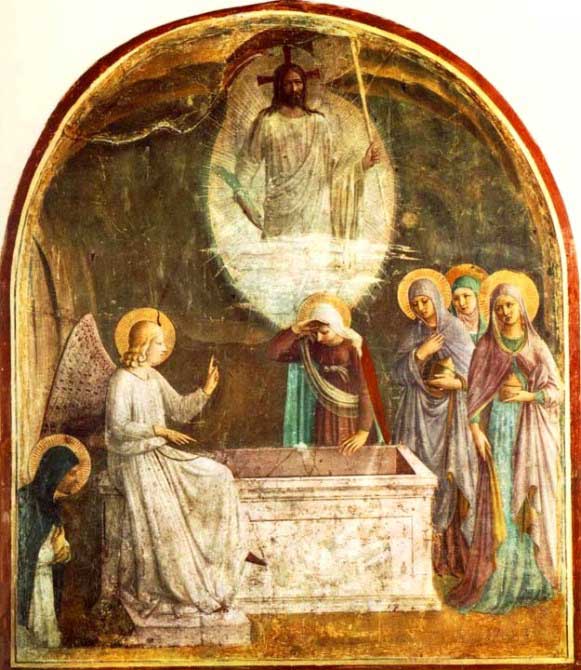 Fresco, Resurrection of Christ and the Women at the Tomb, Fra Angelico, 1440 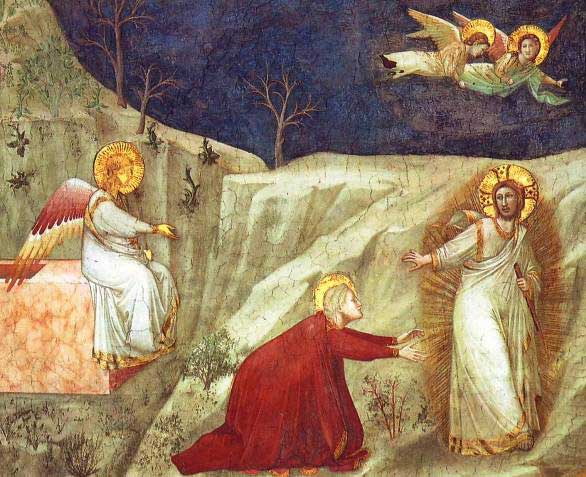 Fourth station – Jesus appears on the road to Emmaus

They asked each other, “Were not our hearts burning within us while he talked with us on the road and opened the Scriptures to us?”(Lk 24:32) 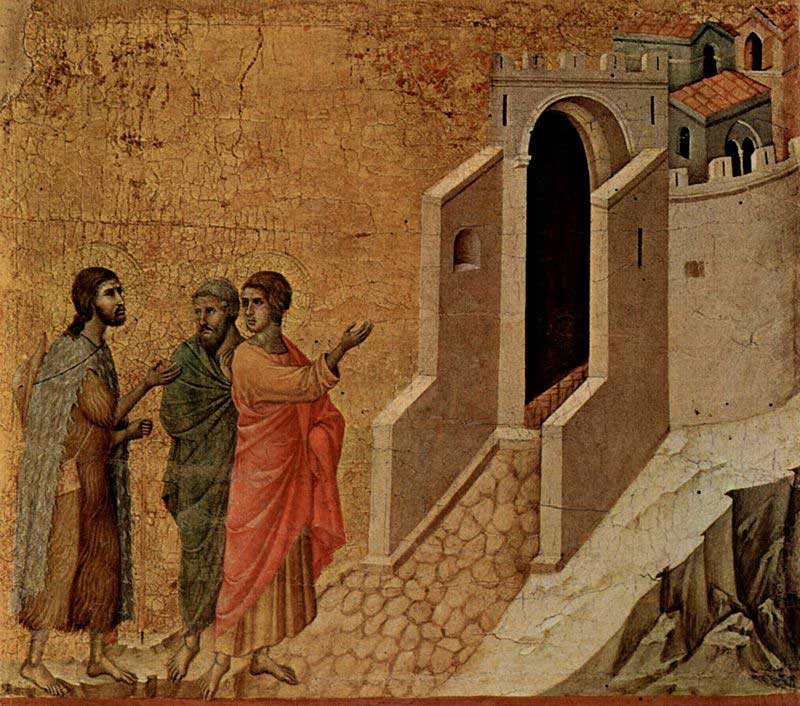 Fifth station – Jesus is known in the breaking of bread

Then the two told what had happened on the way, and how Jesus was recognized by them when he broke the bread. (Lk 24:35) 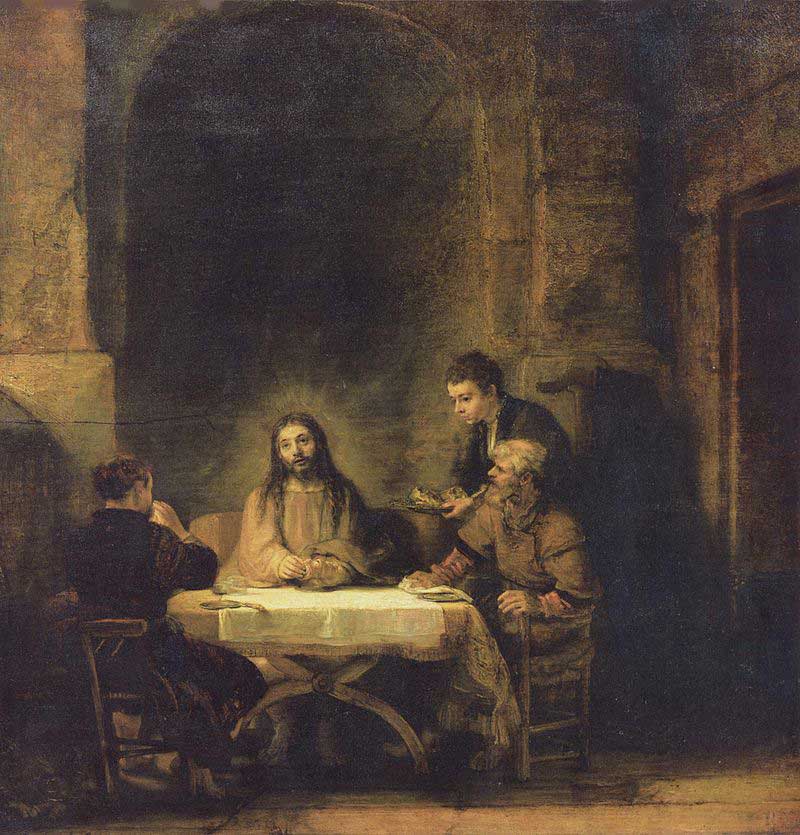 Christ at Emmaus by Rembrandt, 1648, Louvre.

Sixth station – Jesus appears to the disciples in Jerusalem

On the evening of that first day of the week, when the disciples were together, with the doors locked for fear of the Jewish leaders, Jesus came and stood among them and said, “Peace be with you!” (Jn 20:19)

“ If you forgive anyone’s sins, their sins are forgiven; if you do not forgive them, they are not forgiven.”” (Jn 20:23) 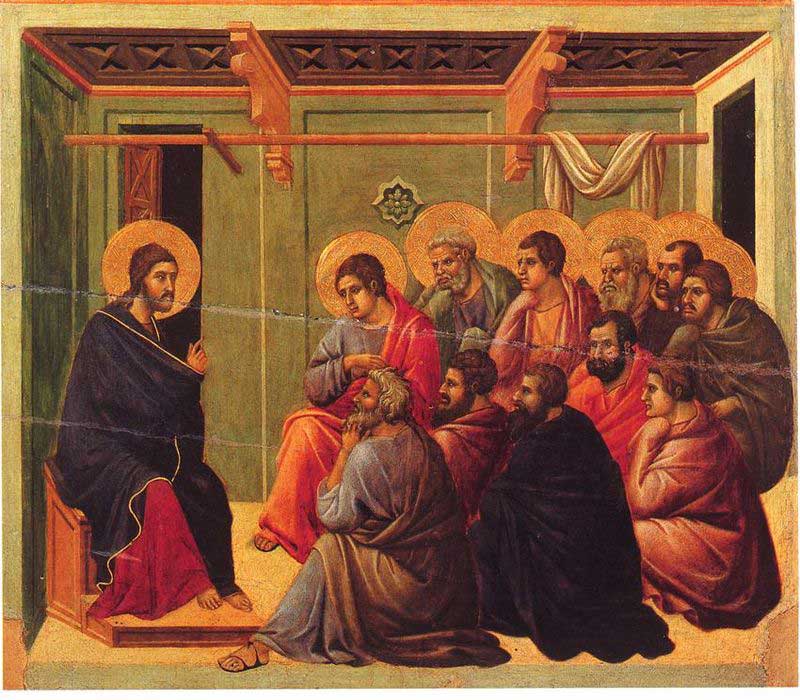 Christ Taking Leave of the Apostles by Duccio di Buoninsegna

“Then Jesus told him, “Because you have seen me, you have believed; blessed are those who have not seen and yet have believed.”” (Jn 20:29) 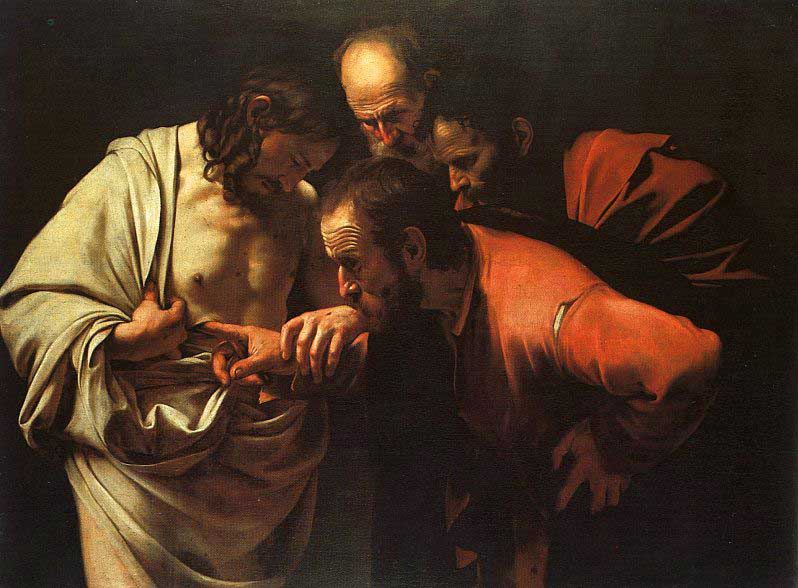 Caravaggio – The Incredulity of Saint Thomas

Ninth station – Jesus appears by the Sea of Tiberias 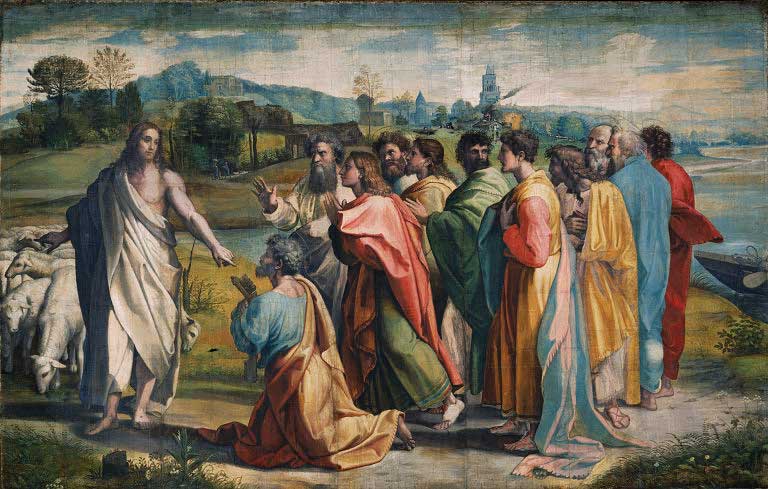 Eleventh station – Jesus commissions the disciples upon the mountain

“Therefore go and make disciples of all nations, baptizing them in the name of the Father and of the Son and of the Holy Spirit,” (Mt 28:19)

Twelfth station – The Ascension of Jesus

“Men of Galilee,” they said, “why do you stand here looking into the sky? This same Jesus, who has been taken from you into heaven, will come back in the same way you have seen him go into heaven.” (Acts 1:11) 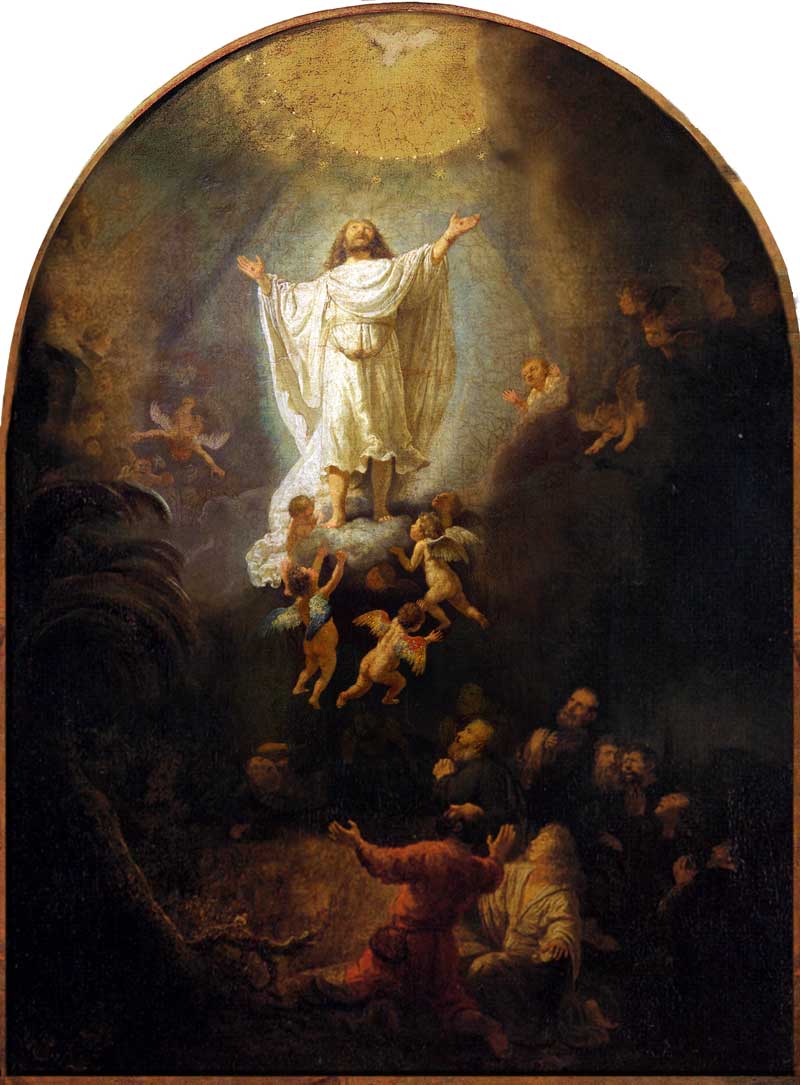 Thirteenth station – Mary and the disciples wait in prayer

They all joined together constantly in prayer, along with the women and Mary the mother of Jesus, and with his brothers. (Acts 1:14)