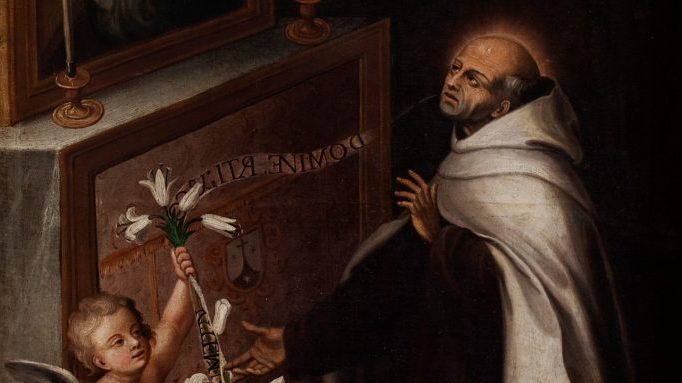 Saint John of the Cross biography

Juan de Yepes y Álvarez was born into a Jewish converso family in Fontiveros, near Avila a town of around 2,000 people. Don Alonzo Alvarez, administrator of the hospital in Medina took an interest in John and enlisted his services as a nurse and alms-collector for poor people with the plague or other contagious diseases. His brother Francisco also helped.

In 1559-63 he studies Humanities and Philosophy, Latin and Greek with the Jesuits. At the age of 21, Juan enters Carmelite novitiate at Santa Ana in Medina.

His brother Francisco relates, “Some monasteries wanted him to join them. (He was) esteemed and loved by many people on account of his virtue and good character. He set his eyes on the order of Carmel -enkindled daily with a more ardent love for the Virgin Mary, Mother of God.” Later, in the midst of community life, John always stood out. He dedicated long hours to prayer. His penances caught the attention of others- a bed of boards, a block of wood for a pillow, frequent fasts and disciplines

In 1564-1568 he attends the University of Salamanca. John, a Carmelite Novice, was known as “remarkable” for his “outstanding talent” and was appointed prefect of studies while still a student. With this office went the obligation to teach class daily, defend public theses, and resolve objections that were raised.

In October 1567 is his first meeting with St. Teresa. Still at Salamanca, the quest for titles, chairs, promotions, and awards were of no interest to him. He was in search of a purely contemplative life….with the Carthusians.

Having been told of John’s exceptional qualities St. Teresa arranged a meeting with him. She was 52 at the time; he was 25.

“ When I spoke with this friar he pleased me very much. I learned from him how he also wanted to go to the Carthusians. Telling him what I was attempting to do, I begged him to wait until the Lord would give us a monastery and pointed out the great good that would be accomplished if in his desire to improve he was to remain in his own order and that much greater service would be rendered to the Lord. He promised me he would remain as long as he wouldn’t have to wait long.” –The Foundations

He was also known as “The Quiet Steel File” and “The Submissive Rebel”. In the summer of 1577, the Carmelite Friars charged John to abandon the Teresian reform and return to his former way of life…if he didn’t he would be severely punished. The calced friars who judged him noticed an anomaly in his attitude: He was firm and yet gentle. They bribed him to which he responded, “He who seeks the naked Christ has no need for jewels of gold.”-

Christ of St John of the Cross

One day during the years when John was chaplain at the monastery of the Incarnation in Avila, between 1574-1577, he was praying in the loft overlooking the sanctuary. Suddenly he received a vision. Taking paper and pen he sketched on a small piece of paper what he had beheld. The sketch is of Christ Crucified, hanging in space, turned toward his people, and seen by a new perspective. This image inspired Salvator’s Dali’s painting “The Christ of St. John of the Cross”. 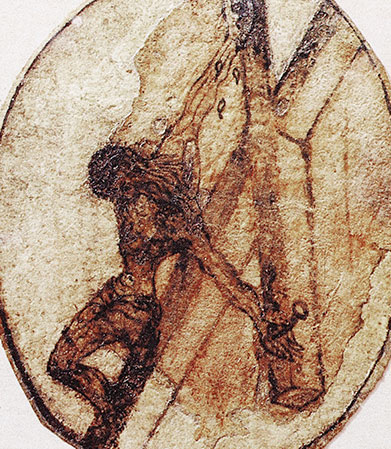 The Christ of St. John of the Cross

On December 2, 1577, a group of Carmelites, laypeople, and men-at-arms seized John and handcuffed and blindfolded, took him to the monastery prison in Toledo.

Spiritual Director and Founder. In the years after his escape, John took up the ministry of spiritual direction of the friars and nuns. In 1585 he was elected vicar provincial of Andalusia and during this time founded seven new monasteries of friars.

He was also a tireless traveler. He made in his:

In mid-September 1591 John began to suffer a slight fever caused by an inflammation of the leg. At 11:30 PM on December 13th he asked for the Blessed Sacrament to be brought to his room…

Tomb of Saint John of the Cross, Segovia, Spain

Saint John of the Cross Prayer

O abyss of delights! You are so much the more abundant the more Your riches are concentrated in the infinite unity and simplicity of Your unique being, where one attribute is so known and enjoyed as not to hinder the perfect knowledge and enjoyment of the other; rather, each grace and virtue within You are a light for each of Your other grandeurs. By Your purity, O divine Wisdom, many things are beheld in You through one. For You are the deposit of the Father’s treasures, the splendor of the eternal light, the unspotted mirror and image of His goodness.

Awaken and enlighten us, my Lord, that we might know and love the blessings which You ever propose to us, and that we might understand that You have moved to bestow favors on us and have remembered us.

O Lord, my God, who will seek You with simple and pure love and not find You are all he desires, for You show Yourself first and go out to meet those who desire You?

My spirit has become dry because it forgets to feed on You.