St Peter’s abbey Salzburg, as the oldest monastery in the German-speaking world, looks back on an unbroken continuity in the heart of Salzburg’s old town.

Since the year 696, monks have been living, praying and working here.

Here you will find one of the most atmospheric graveyards of Europe (featured in “The Sound of Music”, but only re-built in a studio in California), with graves of Salzburg′s aristocracy. The library of St. Peter holds 120,000 volumes and the associated “St. Peter′s Keller” claims to be the oldest restaurant in the World, looking back to 1,200 years of history. Today, it is a high-end gourmet restaurant. 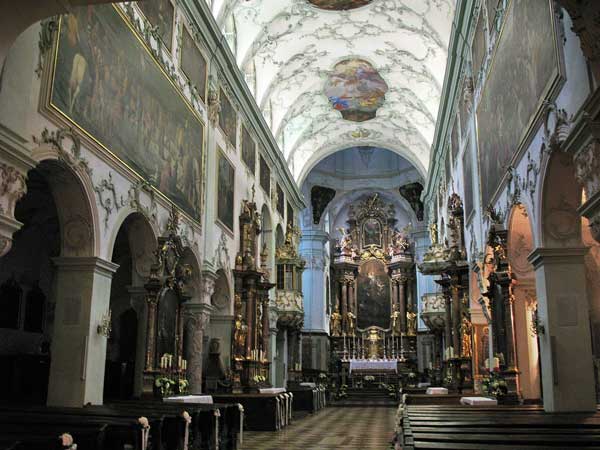 The monastic community of St. Peter’s monastery consists of 22 monks and about 80 employees.

The St Peter’s Abbey Salzburg was founded by the Bishop Rupert in 696 as a missionary monastery in the Southeast Alps. Up to the year 987 the office of the bishop was connected with that of the abbot by personnel union. Great figures of this period were the abbots of St. Vitalis, St. Virgil, Arno and Liupram.

Do you know what is a Shrine? With 13 beautiful Catholic Shrines with special Devotions

In the Middle Ages, St. Peter had an excellent writing school. The main building, the Antiphonar of St. Peter (around 1160), is now kept in the Austrian National Library. See other European pilgrimages

In the fifteenth century St Peter joined the Reformation. One of the most interesting figures of the Reformation, Johannes Staupitz, was abbot of St. Peter in 1522-1524. In 1623, Archbishop Paris Lodron established the Benedictine University in Salzburg. Until the abolition in 1810, St. Peter was closely connected with the university. 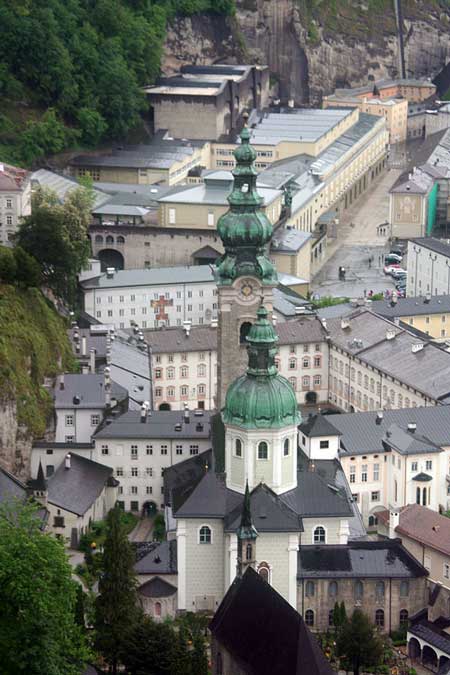 In the Baroque, important abbots such as Amand Pachler, Edmund Sinnhuber and Beda Seeauer St. Peter transformed and shaped it mentally; The professors P. Franz, Joseph and Paul Metzger, P. Rupert Presinger, the poet P. Florian Reichsiegel and the chronicler P. Beda Hübner testify to the intellectual activity of the Convention.

Immaculate Heart of Mary: Here is how and why to do Five First Saturdays and Consecration to it

Visits to St Peter’s Abbey Salzburg
The monastery is not a museum, but a place of silence and love of God. Therefore, they also ask that their silence be respected. In exceptional cases, parts of the abbey can be visited. This requires permission from the prior.

Monasteries are living organisms and not museums. Nevertheless, the monasteries have become cultivators over the centuries.

Abbot Dominikus Hagenauer, friend of W.A. Mozart and Michael Haydn, experienced the end of the Fürstzstiftes and belongs to the birth authorities of the province of Salzburg. By thier friendly skill St. Peter escaped with the other Salzburg abbeys the Enlightenment monastery storm.

The economic difficulties of the inter-war period led to the loss of important art treasures, but to an economic reorientation. Since then, St. Peter has been one of the most important economic enterprises in the city of Salzburg. 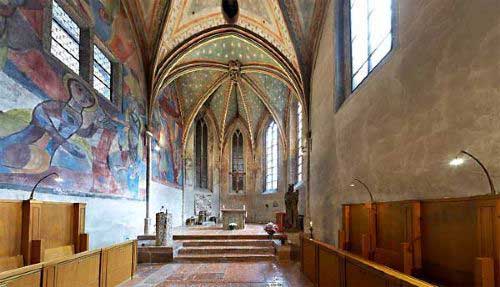 The monks were driven out during the Nazi period, but the monastery was not abolished. Some monks, including the founder of the Liturgical Institute, P. Adalbert Raffelsberger, were able to continue the choral prayer. After the Second Vatican koncil, Erzabt Franz Bachler carried out the renovation of the monastery. The enormous visitor interest at the 1982 state exhibition proved the unbroken interest of the Salzburg population at the oldest institution in the city.

The church of St. Peter′s Abbey is high-Romanesque and dates back to the time of the monastery’s foundation. However, it was decorated with Baroque elements in the early 17th century under Abbot Beda Seeauer. It is one of the many buildings in Salzburg that contains elements from Romanesque to Rococo Style.

The first church on this site was probably built shortly after the death of St. Rupert, but only the ground floor of the Western tower remains from this building. After the fire of 1127, the current basilica was built under Abbot Balderich around 1130.

The center of the monastery is the Stiftskirche St. Peter. The demolished first abbey church was designed by Abbot Balderich in a high-Roman style. In 1147, this still existing building was inaugurated.

Since the opening of the Domquartier on May 16, 2014, the most beautiful sculptures from the collections of St Peter’s Abbey Salzburg and an overview of the monastery’s 1300 years of history have been presented in the newly constructed Wallistrakt.

Visits to St. Peter’s Abbey
The monastery is not a museum, but a place of silence and love of God. Therefore, they also ask that their silence be respected. In exceptional cases, parts of the abbeyi can be visited. This requires permission from the prior.
Monasteries are living organisms and not museums. Nevertheless, the monasteries have become cultivators over the centuries.

Worship services
The monastic life according to the Benedict’s rule is holistically understood as an integrated coexistence of prayer, work and reading.

But nothing should be preferred to worship. Therefore, there are also regular times for worship.

The Abbey of St. Peter is the oldest monastery in the German-speaking world with an unbroken continuity. Benedictine monks live and work here for more than 1300 years.

Posted in Austria and Europe

St Paul’s Cathedral – National Shrine of the St Paul in Minnesota
Salzburg Cathedral – UNESCO World Heritage Site
Let nothing disturb you, nothing frighten you. All things pass. God does not change. Patience achieves everything. He who has God finds he lacks nothing: - St Teresa Of Avila