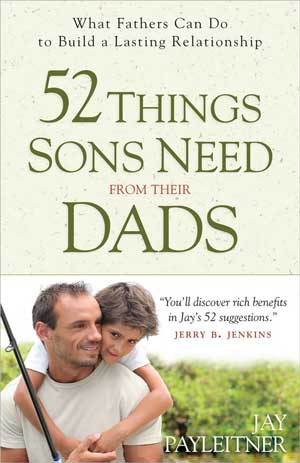 When you look at him, you see yourself. But in raw form. When he looks at you – if he’s around kindergarten age – he sees a hero.

To maintain that title, all you have to do is show up and follow your instincts. Goof with him. Toss him around. Play Rock/Scissors/Paper. Read picture books. Marvel with him about bugs, dandelions and shiny rock. Get down on his level and really talk to him Shazam! You’re an instant super hero. I recommend you bask in that title as long as possible.

Too many parents buy into the myth that raising boys is one frustration confrontation after another. Some look at a teenage boy and see nothing but trouble waiting to happen. Don’t believe that lie.

Why is Lourdes a place of pilgrimage and why YOU should go there!

Five First Saturday devotion to the Immaculate Heart of Mary: Here is how and why to do Consecration to it

Beautiful Medjugorje Novena to pray for peace and reconciliation

Jesus raises Lazarus from the dead – Jesus, you let us wait, because we want to do everything by ourselves

May devotions to the Blessed Virgin Mary

Parable of the Workers in the Vineyard – A person doesn’t tolerate if another is better. This is the original sin

What and where are the most important Prayer Areas in Medjugorje Bosnia and Herzegovina?

How well do you know the Image of the Merciful Jesus? – Take our Pilgrim quiz

Novena to the Holy Spirit in the Divine Mercy Łagiewniki Shrine

What is a Shrine? With 13 beautiful Catholic Shrines with special Devotions

Jesus Appears to His Disciples – Let us all drink the same Holy Spirit. John 20:19-23 Commentary