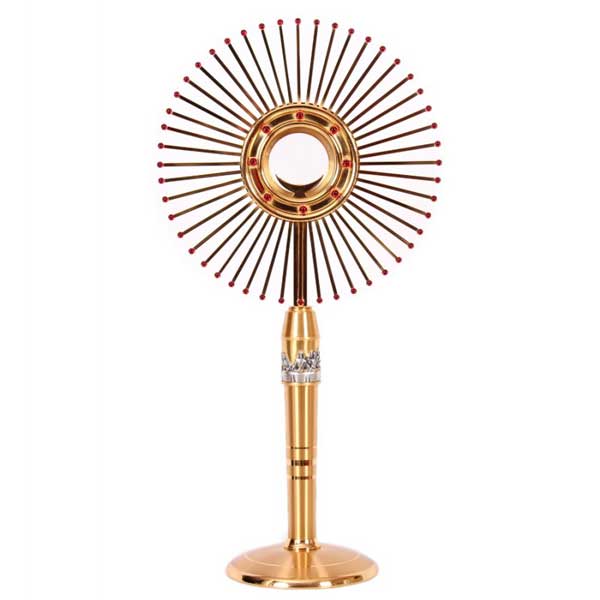 Many consecrated items are provided for the Holy Mass. The parts of the items, which come into contact with the Holy Body and the Holy Blood of the Lord, are of gold or at least gold-plated silver.

The chalice is a sacred glass in which the Holy Blood is held. It consists of a base, a knot and a cup. It is made of gold or silver (or at least must have a gilded or silver cup); only the clergy can touch the chalice and paten (or sacristan as part of their duty) 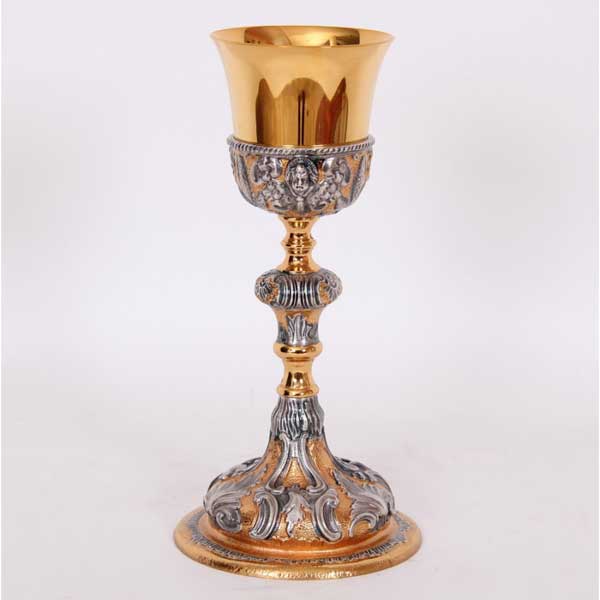 Paten is another consecrated item, shallow, forged saucer for the Holy Body. From the same substance as the chalice, at least inwardly gilded. Chalices and patenas are consecrated by the bishop. They point to Jesus’ new tomb. 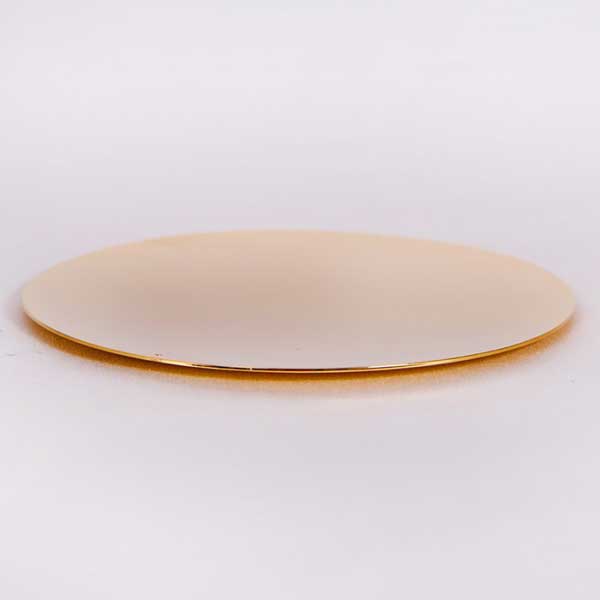 The Pall or Velum

The pall (in the corresponding liturgical color with a printed cross in the middle) covering the chalice with paten; 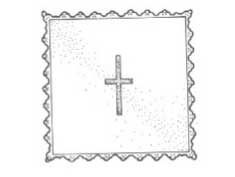 A white linen cloth on which are placed the chalice and the paten during the Holy Mass. It is ironed in such a way that once unfolded it is divided into 9 equal squares.

Purificator is a linen towel for cleaning the chalice, paten and the mouth and fingers’ of the priest. At the end of the altar there are:

Cruets or ampules, two bottles of wine and water for the Holy Mass. They stands on the corresponding plate (pelvicula). They are mostly from glass, but may be also from silver or gold, but in this case they must be clearly marked with the letters A (aqua) and V (vinum). 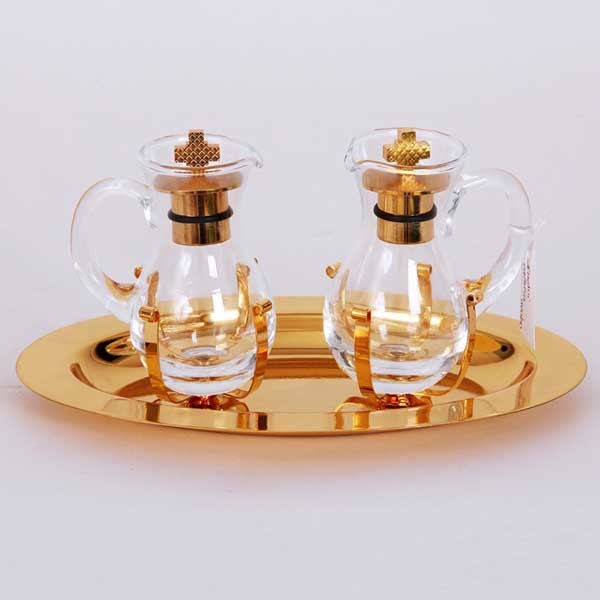 The third ampule in which the washing water is for the cleansing of the priest’s fingers (that is not the same ampule, as the one which contains the water for the chalice). 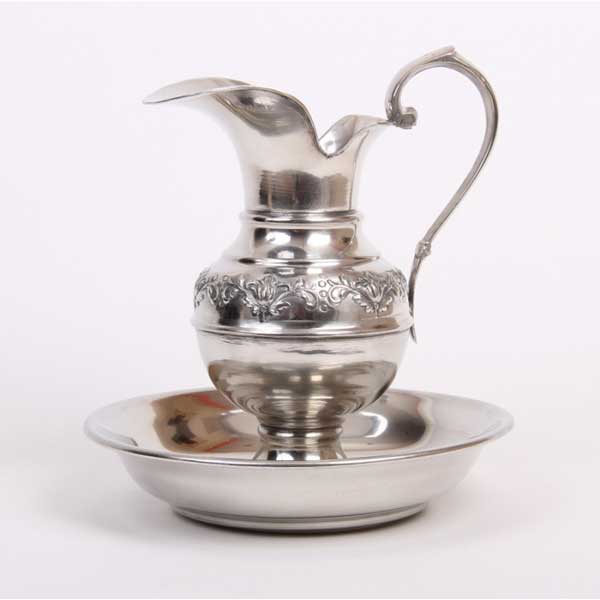 The plate over which the priest washes his fingers.

A handkerchief with which the priest cleanses his fingers after washing

A communion platter, i.e. another gold-plated or silvery plate, held by a minister during the communion under person chin. 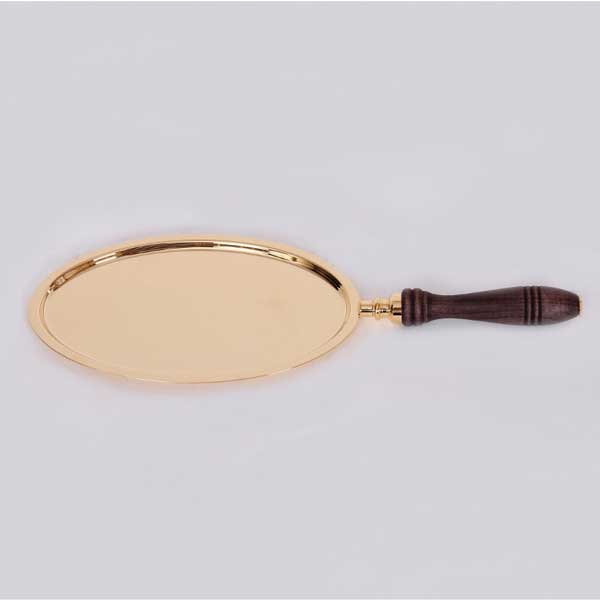 A bell with which the minister is ringing during the Holy mass. 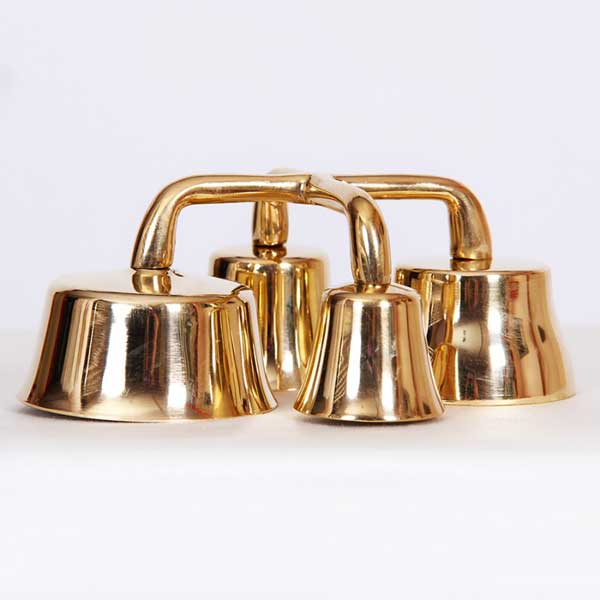 A long stem with a bell-shaped end, with which the candles are extinguished

Other items used in the Holy Mass or church

Ciborium is a bigger chalice with a lid (which has a cross at the top), which holds the consecrated Body for the Communion. Must be gilded from the inside. It is kept in the Tabernacle, and when it contains the Holy Body of Christ. It must be covered with a white silk veil. 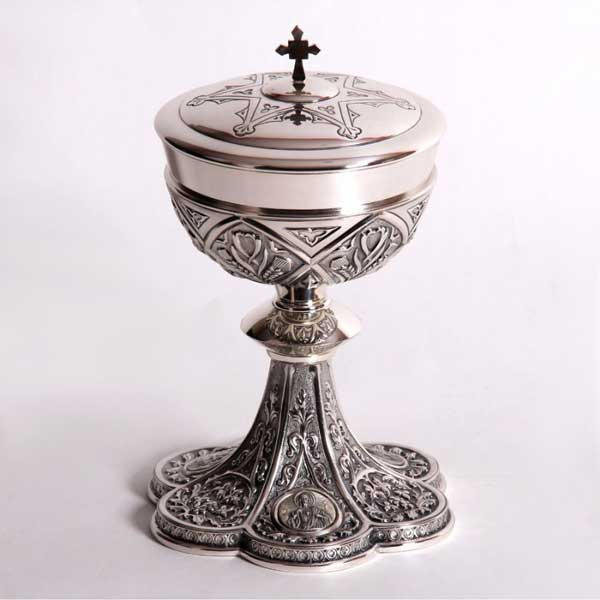 The monstrance is gold-plated bowl with wreaths or towers (Roman or Gothic). In the middle there is a glass window (luna), which contains a gold or silver crescent moon (lunula), in which is the Blessed Sacrament for Adoration The Monstrance is carried in the processions, prayers…

Thurible or Censer. A metal container extended from a chain in which charcoal and incense are burned for liturgical ceremonies. It has a lid that can be raised. It is used at Solemn Masses and at Benedictions. 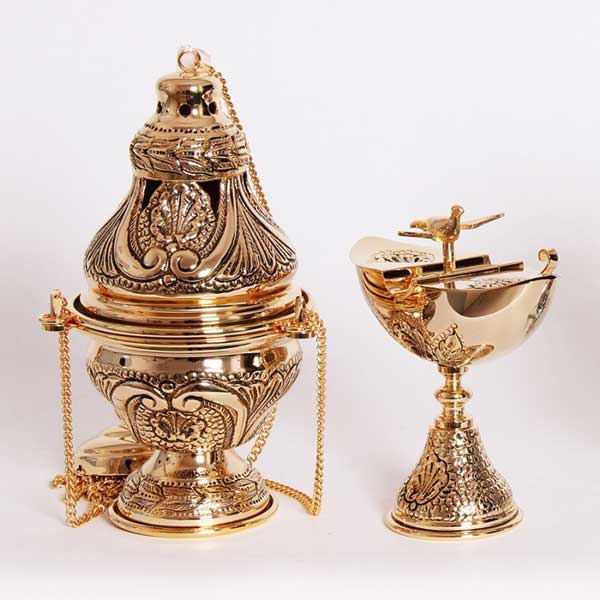 The pyxsida or custodia is a tiny container in which the Holy Communion is carried the sick or disadvantaged. Must be golden or silvery. 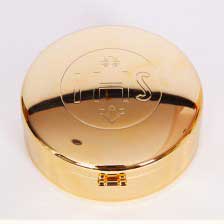 In the kettle (aspersorium), is the blessed water is kept, and it is sprinkled with aspergillum, a small stick that has a small container with holes at the top to be able to dip in the kettle and to sprinkle with it. 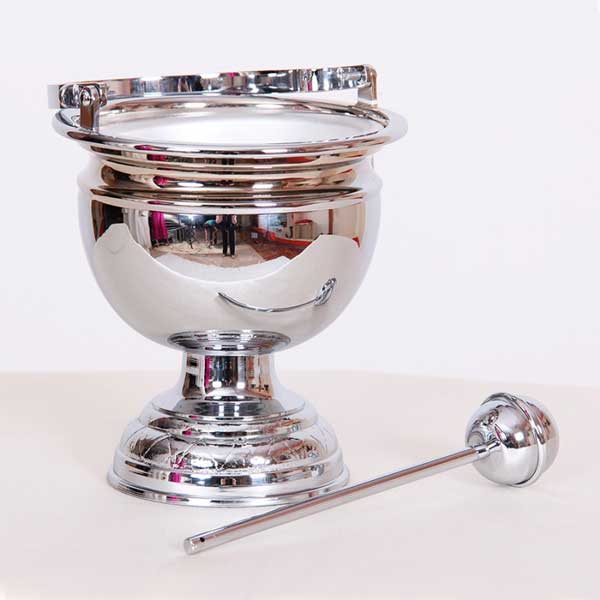 Sacred oils (catechumens, chrism and anointing the sick) are stored in separate gilded containers (it would be desirable to have even smaller containers, for daily use). 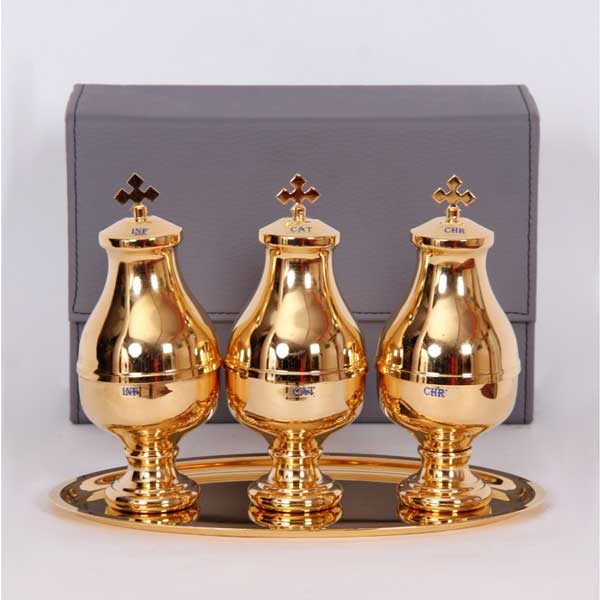 Every container must have their own inscription, so that the priest cannot switch them. oil spot of the other.

This term is used for several types of linen towels used in the liturgy. One of them is the one used in the sacristy.

Is a cross on a low stand that, in certain occasions (e.g. at a blessing of a house), is carried by the priest or a bishop in his hand and blesses the believers.

Is a metallic or a wooden cross on a long pol (hast), which is held in the front of the procession.