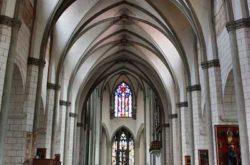 Augsburg Cathedral of the Virgin Mary in Germany

The Augsburg Cathedral For 1200 years the Augsburg Cathedral has been a place of faith and piety. Where generations and generations prayed, listened to the word of God and celebrated the Eucharistic celebration. As a mother church of the entire diocese, the cathedral is a visible expression of the lively church of  Augsburg. See also in Augsburg: St. Peter am Perlach church and the famous image of the Mary Undoer of Knots.Continue Reading 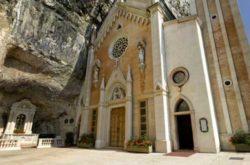 The Madonna della Corona Sanctuary is located in Spiazzi in one of the most picturesque locations in northern Italy. Rises clinging on the rock of the mountains that surround it, at 774 meters above sea level, overlooking the valley of the Adige river.Continue Reading

The times of access to the monuments are subject to changes in time due to extraordinary events. The museum will be closed on the first Tuesday of each month.

Florence Cathedral Santa Maria del Fiore, designed by Arnolfo di Cambio, is the third largest church in the world (after St. Peter’s in Rome and St. Paul’s in London) and was the largest church in Europe when it was completed in the 15th century. It is 153 meters long, 90 meters wide at the crossing, and 90 meters high from the floor to the bottom of the lantern.Continue Reading

The Cefalu Cathedral is a Roman Catholic church in Cefalù, Sicily, Italy. The Cefalu Cathedral, dating from 1131, was commenced in the Norman style, the island of Sicily having been conquered by the Normans in 1091. According to tradition, the building was erected after a vow made to the Holy Saviour by the King of Sicily, Roger II, after he escaped from a storm to land on the city’s beach.Continue Reading 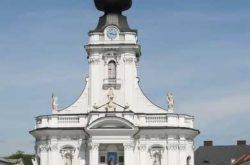 Wadowice is a special place for pilgrimages with regard to Pope Saint John Paul II. It was here in Wadowice that Karol Wojtyła, future priest, bishop, cardinal and finally pope was born. Wadowice – Birthplace of Karol Wojtyla Being the head of the Catholic Church, Karol Wojtyla visited Wadowice three times: in 1979, 1991 and 1999. On his visits he prayed in the Basilica and met inhabitants of his home town.Continue Reading 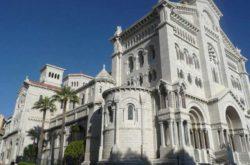 Monaco Cathedral Built with the stark white stones from La Turbie in 1875, this Roman-Byzantine-style building houses the burial places of past sovereigns, including Prince Rainier and Princess Grace. From the interior design, you can admire an altarpiece by the Niçois painter Louis Bréa dating from 1500 as well as the high alter and the Episcopal throne of Carrara white marble.Continue Reading 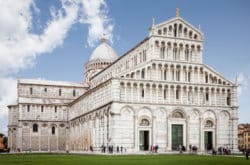 The Cathedral and the Leaning Tower of Pisa

The square of the Cathedral of Pisa represents the best example of the Pisa Romanesque style through its magnificence and perfection, a harmonious fusion of classical, early Christian, Lombard and eastern motifs. The buildings maintain a stylish unity. The Cathedral of Santa Maria del Fiore, the Leaning Tower, the Baptistery of San Giovanni and the Camposanto represent together the allegory of human life.Continue Reading 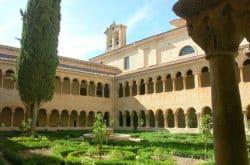 Benedictine Abbey of Santo Domingo de Silos, famed for their monks’ beautiful recordings of the Gregorian chant – benedictine monks chant . The monastery is a universal Romanesque gem, which has become a centre of spiritual and artistic pilgrimage. See more Catholic shrines and Basilicas in Spain. See more European Catholic Shrines and pilgrimages The monks originally sang Mozarabic chant. At some point around the eleventh century they switched to Gregorian chant.Continue Reading 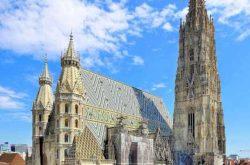 St Stephen’s Cathedral Vienna is the symbol of Vienna. Construction commenced in the 12th century. Today, it is one of the most important Gothic structures in Austria. With almost three million visitors to Vienna a year. St Stephen’s Cathedral Vienna is the number one attraction in the city: Tours in and around the Cathedral feature plenty of worthwhile things to see and lots of interesting information.Continue Reading 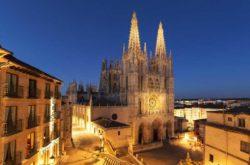 Burgos Cathedral and the tomb of El Cid

The 13th century gothic Burgos Cathedral is among the most admired of its kind worldwide. Specially remarkable are its portal, the “Puerta del Sarmental“, considered the best example of gothic sculpture of its century and the Cloister.Continue Reading 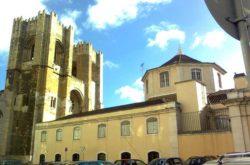 The St Anthony Church – Igreja Santo Antonio, Lisbon is a charming church dedicated to Saint Anthony, the patron saint of Portugal. The exterior façade of the late Baroque styled church resembles more of a grand residence rather than an important religious building. The significance of the Igreja de Santo Antonio originates from it being the location of the birthplace of Lisbon’s beloved Saint Anthony.Continue Reading

What is a Minor and Major Basilica?

Fatima visionaries – Who where the three Children of Fatima?

How to get FREE Lourdes water the quickest and the cheapest way!

Transfiguration of Jesus – Lectio Divina: Jesus invites me to let go and he will do the rest

What is the Sacred Heart of Jesus meaning and history?

Where is Medjugorje located and why it is so beautiful there? Here’s why.

The great Duomo Organ in the Milan Cathedral

Jesus sends out the disciples! How do I let them help me? – Matthew 10:37-42 Commentary

On the Road to Emmaus – Where and when do I run away in the relationships?

Description of Our Lady, as she appears in Medjugorje

Five First Saturday devotion to the Immaculate Heart of Mary: Here is how and why to do Consecration to it

Eucharistic adoration – What is Perpetual Adoration of the blessed sacrament?

How to make a good Confession? With detailed guide for the Examination of Conscience for Confession

Why should you read Story of a soul? Autobiography of St. Therese of Lisieux. Here is why!

Jesus raises Lazarus from the dead – Jesus, you let us wait, because we want to do everything by ourselves

Jesus appearance to Thomas and His Disciples – What can I learn from Thomas for my life?

Sanctuary of Our Lady of Fatima, Portugal: What to see in one day. And why should you stay longer.

3 o clock prayer – Hour of Mercy – What should we pray?

Parable of the Unmerciful Servant – The two logics: the God’s merciful and the man’s calculating.